KNX is an international building control standard that enables the integration and programming of a range of products from many manufacturers using a single software tool.

flow7 provides the perfect interface to a KNX system. It can be mounted in both portrait and landscape orientation, provides a high resolution interface, and is compatible with all KNX Android applications, including Gira X1. 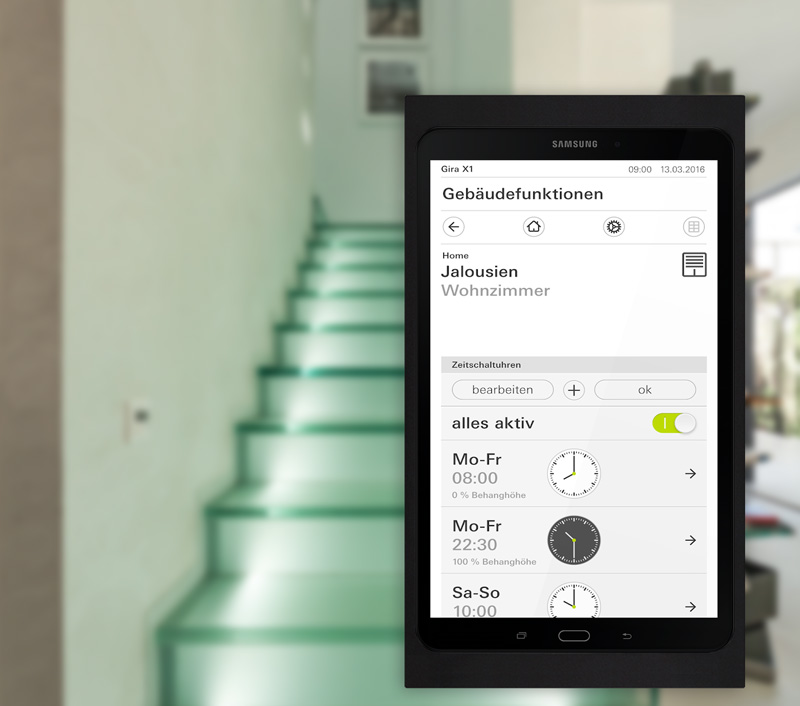 KNX is the world’s only open standard for building control and automation and can make major energy savings of up to 60%, significantly reducing the carbon footprint of a building. This is truly green sustainable technology that can be applied to small and large buildings alike.

KNX the Standard is approved as:

The main advantages of KNX are:

Choosing from this pool of technology, KNX Integrators, KNX Specifiers and KNX Developers can build entire control solutions by bringing together a variety of off-the-shelf components which are truly interoperable and are programmed using the ETS software tool.   As the products all ‘speak the same language’and can operate together across the same network, this results in less cabling and higher functionality.

Since KNX covers such a diversity of applications using one standard, it means that cabling network can be much simpler.  KNX controlled devices are generally based around the standard green KNX/EIB bus cable (i.e. twisted pair) but can be run across radio bus (wireless), ethernet (structured cabling), fibre optics and occasionally power line.

KNX is increasingly being heralded by specifiers and end users as a highly desirable open solution for any building control application. The drawbacks of proprietary solutions or various hardware-based controls are being increasingly recognized.  One of the most important factors with building control and automation is knowing that support is always to hand and that the system will not be obsolete in a couple of years time.  With KNX this is guaranteed as there are approved and trained companies all around the world offering support at all levels for projects small and large, from a small house to an international airport.

For the developer control systems are a vital part of the modern building or home. They are a highly cost-effective way of preserving energy and provide added value for the developer and an enhanced experience for the building users.